It is normal to have a moderate amount of vaginal discharge. About 1-2 teaspoonfuls a day, which is enough to moisten and lubricate the vagina. But this amount may vary slightly for each individual.

The following conditions may produce heavy vaginal discharge. It is normal if it is not disease related and its occurrence is temporary.

Ovulation - Ovulation is part of your menstrual cycle. Before ovulation (i.e the release of the egg) there is more mucus produced, up to thirty times more than after ovulation. The excess vagina discharge is more watery and stretchy. During this phase you might want to wear panty liners.

Pre-menstrual – vaginal discharge may increase 1 or 2 days before the onset of your period.

Post natal –  It is normal to have reddish, pinkish vaginal discharge for the first six weeks after the birth of the baby. This discharge is blood, mucus and sloughed-off tissue from the endometrium.

Sexual excitement and during intercourse – This increase in vaginal secretions helps in vaginal lubrication which makes sex pleasurable.

Pre-puberty – Vaginal estrogen levels goes up during the on-set of puberty resulting in more vaginal discharge.

New born baby girl – A new born baby girl may have excessive discharge or abnormal vaginal bleeding for the first few days. This is due to the effect of the mother's estrogen. As the estrogen level in the new born falls this discharge tapers off and then stops altogether.

Emotional stress - Stress can have an effect on vaginal discharge.

Oral contraceptives - Excess vagina discharge is also common in women who are on the pill. This is due to cervical ectropion.(Refer to explanation below)

**Cervical ectropion is a condition whereby the hole in the cervix, (where the menstrual blood flows out from the uterus (womb) into the vagina) is lined with columnar cells not only inside of the hole but also around the outside of it.

And it is the columnar cells outside of the hole that cause the excess vaginal discharge. These columnar ectropion cells are most common in women on the contraceptive pill or during pregnancy. They are not cancerous or pre-cancerous.**

Constant wetness down there is very uncomfortable. Other than that, it can disrupt a woman’s daily life too. 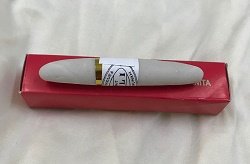 If excessive vaginal discharge is not frequent, it should not be a cause for concern.

But, if you have excess discharge all the time and is not infection related, this vagina wand/virgin stick is effective. You can get rid of the excessive wetness by inserting the wand into the vagina 3 to 4 times a week.

Besides restoring your discharge to a  normal level, this wand tightens the vagina. Both of you will have great sex again!

The following scenario can cause excessive vaginal discharge which is not normal. There is also vaginal itching, swelling, redness in the vulva and skin lesions.

If you have one or more of the above symptoms, see your gynecologist soonest possible.

"The virgin stick set is amazing. I finally have a tight vagina after so many years of suffering. My husband says I am like a virgin, even though I have given birth to 2 kids.”

“I guess my husband is the happiest person after I got rid of my vaginal odor and my tighter vagina is driving him CRAZY”. He felt the difference the first time I use the vagina wand set. Most nights he wants "second helpings"."

Yeah. You gotta try the vagina tightening wand set. The boyfriend 'bout fell out the bed with pleasure. He wouldn't stop!!! Kept coming back for more. Lol. It didn't cause any unpleasant effects. No complaints. Impressive.